By Ruth Ostrow on 10 March 2012 in All Posts, Weekend Magazine Columns 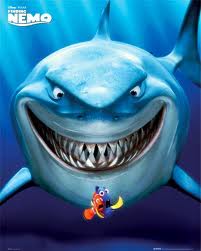 We should be out there doing the things we most fear before we die: A Fear Bucket List

I’m out at sea in a small boat shivering as if I were cold. But the wind is warm. It’s just fear. Ever since I was a little girl I’ve feared deep water. The reason is sharks. I grew up with a father obsessed with sharks. The story he told was that he watched a man taken when he was a boy. We grew up with posters on the walls of gaping jaws and a constant diet of shark films like Blue Water White Death and later Jaws 1, 2 and 3; with me at the drive-in hiding under the seat.

But on my recent trip Africa I made a pledge. I would tackle as many of my fears as was possible in a month. A “Fear Bucket List”. I’ve always believed a person can be summed up by the risks they’re prepared to take. One of my greatest fears is heights. Ladders make me queasy from the second rung up. But out in the middle of the great Serengeti plains I was offered the chance to go up in a hot air balloon to look down on elephants, lions and giraffes roaming wild. And so up I went, terrified but proud of myself.

Today is sharks. My partner wants to swim with whale sharks off the coast of Mozambique. Originally choosing to stay on the boat, I’ve listened to the pleadings of the dive instructor who assures me that this is “the experience of a lifetime”. Yes, there are dangerous sharks in the water, but they never swim with whale sharks. Thus we are quite safe as long as we stay next to the huge, gentle giants. So I decide to follow my motto: “Feel the fear and do it anyway”.