By Ruth Ostrow on 21 July 2012 in All Posts, Weekend Magazine Columns 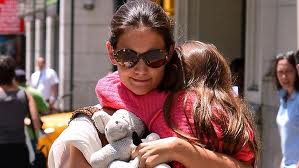 AM I the only one who had a seriously bad reaction to the financial details that emerged from the divorce battle between Tom Cruise and Katie Holmes?

Just after the announcement of the split, a story titled ‘‘Katie set to lose millions’’ was doing the media rounds. It referred to her prenuptial agreement worth a debated $US50 million including their California home. The story said that with Cruise’s estate worth upwards of $275m, Holmes was expected to sue for more. Since then we know there’s been a settlement.

But prior to this New York divorce attorney Vikki Ziegler told Hollywood Life that because of the pre-nup, Holmes would need to use their daughter, Suri, as ‘‘a pawn’’ to get more money. ‘‘She’ll have to show that Suri has nannies, cars, activities, clothes, hair appointments. That a hefty amount each month is needed to maintain Suri’s lifestyle.’’ An early story that ran the media gauntlet alleged Suri had a $150,000 shoe collection. END_OF_DOCUMENT_TOKEN_TO_BE_REPLACED