By Ruth Ostrow on 4 November 2012 in All Posts, Weekend Magazine Columns 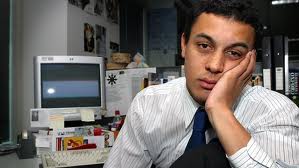 IN the wake of the global economic downturn, many people I know are having to learn to cope with becoming redundant in their 40s, 50s or 60s. And it’s not an easy task.

Many of my friends are journalists who have taken payouts and left not only their job but their identity at a stage in life when energy is declining and optimism is not the nonstop flow it used to be.

Meanwhile, the ABC in the US reported: ‘‘Just as millions of American manufacturing jobs were lost in the 1980s and 90s, today white-collar American jobs are disappearing.’’ It laments that many jobs are being contracted out overseas — for example, American computer programmers can earn about $60,000 a year, while their Indian counterparts only make $6000. END_OF_DOCUMENT_TOKEN_TO_BE_REPLACED