By Ruth Ostrow on 8 April 2012 in All Posts, Weekend Magazine Columns 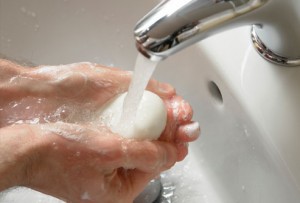 THE other day I was thirsty, having walked for an hour in the boiling sun.

I pulled up at a gorgeous little cafe that promised freshly squeezed juices. It was just what my heart desired.

It was a quiet day so the owner was in the street having a conversation with friends and smoking a cigarette. Someone gave him money which he put in his pocket. He shook hands with another man; and while I waited at the counter he was picking up food and tissues from a table before he served me.

When I looked up from the newspaper on the bench, I saw him making the juice with the same filthy hands he had performed all those activities with — and I shudder to think what else. He was handling the fruit and putting it in the blender. I was almost sick but, having paid and being too hot and
bothered to argue, I just took the juice and threw it out. END_OF_DOCUMENT_TOKEN_TO_BE_REPLACED