By Ruth Ostrow on 10 March 2012 in All Posts, Relationships, Weekend Magazine Columns 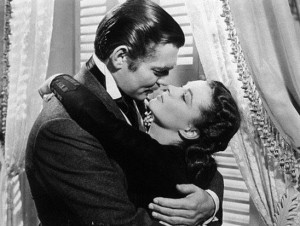 Are there really failed marriages and relationships or do we just change?

I met an interesting man while travelling in Africa. We stayed at his hotel on a remote island in Mozambique. It had been his dream to run a resort. His great passion is the sea. Before he built his hotel he did many jobs in different industries but would always retreat to the ocean in the evenings and on weekends, fishing for endless hours, scuba diving, and snorkelling.

One night over drinks he talked to me about his “failed” marriage. He said he was still grieving the loss of his wife and regular contact with the children. But he told me something that surprised me. “The problem was that she hated the sea. She wouldn’t even walk on a beach. She hated sand … We always fought about it.”

Strangely on the same trip I met a woman whose passion was surfing. Similarly, she had spent many years with a bookish intellectual who couldn’t understand her need to get up every morning and drive to the surf; accusing her of not loving him enough to stay in bed.

Both Mario and the woman have found new partners who follow the same passions. “I learned my lesson after twelve years of struggling with the incompatibility,” the woman said. “I need to be with someone who understands my essence.” The hotelier, Mario, told me: “I don’t know why we both spent so much time trying to change each other when the fact is we never did…”

So many people I know have been in relationships with seemingly mismatched partners. I started wondering why. My own story is a bit like this, spending years with a spouse who didn’t like travel when it’s a driving force in my life; a powerful source of inspiration and motivation.

And I came to this conclusion. That our partners are not so much mismatched with us. Rather can become mismatched at a particular stage in our lives. As we mature our priorities change radically. Dating a woman not interested in the sea was not as significant to Mario when he was 28. Far more important then was choosing someone who had similar short-term goals and would be a great mother to the kids.

Not being with a traveller did worry me, but wasn’t a deal breaker when I was young and focussed on becoming a mum. But later in life – having raised my daughter and having watched four friends die – travel started making a mega come-back. With mortality in sight, many of us don’t want to waste time neglecting our dreams. And we want our partners to be dream-catchers or fellow journeyman.

In this context I don’t believe relationships ever “fail”. They just change tack with the prevailing sea winds, that all.