By Ruth Ostrow on 11 November 2012 in All Posts, Weekend Magazine Columns 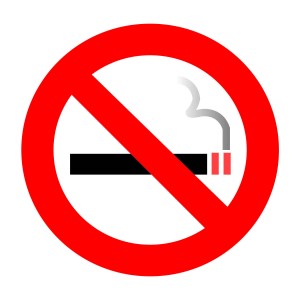 AN acquaintance recently discovered her long-time partner had gone back to smoking and she left him. For many people, that would seem extreme, given seven good years together. But for her it was part of an unspoken system in relationships that I have dubbed EDB: emotional deal breakers.

As with business contracts, it’s the non-negotiable clause. We all nurse a secret rule or set of rules that if broken are not forgivable, and breaking them is considered a breach of verbal or non-verbal contract.

She says it wasn’t the smoking — which she deplores. That would have distressed her because she is a reformed smoker and a health nut. She would also have been peeved about his lack of strength of character.  But neither would have been deal breakers. She said it was trust.

He’d created such an elaborate facade around his behaviour that she was horrified. ‘‘If he could lie so effortlessly about such a stupid thing, then what else could or would he lie about?’’ she wondered. He’d rush to the shower after work, and soak his own shirts in the laundry at night. Which prompts the question, was he also unfaithful? She said she contemplated that, too. But she didn’t want to know. ‘‘Deceiving me over a two- year period is enough, regardless of the cause.’’

While her strength is admirable, it’s surprising. I know many women and men who’ve forgiven their partners for far worse: heavy drinking, infidelity, gambling and lies. I know one woman whose husband is so self-destructive and overweight, he has given himself a heart attack and now emphysema. He still won’t take responsibility and she won’t leave.

Why are poor behaviours deal breakers for one per- son and not another? Psychologists say it’s to do with childhood patterns. For instance, studies have shown that women who grew up with violent fathers are more likely to attract and tolerate an abusive partner. Similarly, an unstable, narcissistic mother might prompt a man to be drawn to such women, often with the desire to resolve something unresolvable, or play rescuer.

Such underlying motivations can be classed as repetition compulsion disorder, behaviour akin to pouring water into sand.

There will always be huge discrepancies between people’s deal breakers. But I do issue a sharp warning to the complacent. EDBs change with life experience. One day your partner’s values may suddenly shift. The kids might leave home, or a partner may enter therapy, and something snaps. Finally, it’s enough.

Being clueless about what matters to your partner is dangerous. As he was leaving, the smoker said to his deceived girlfriend: ‘‘I don’t know what all the fuss is about. It was only five to six ciggies a day.’’ I rest my case.