By Ruth Ostrow on 19 August 2011 in All Posts, Weekend Magazine Columns 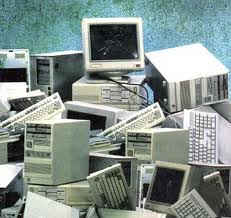 A NEW phenomenon has struck the world. We’re going through what I’ve decided to call a GIC — a Global Irrelevance Crisis — and therapists I’ve interviewed agree.

The GIC is the new 1970s identity crisis; or the midlife crisis of the 80s. Most people I talk to are experiencing a sense that they are irrelevant — that they are invisible, unseen and forgotten. In the old identity crisis, people lay about in encounter groups sobbing because they didn’t know who they were. In the 2010s we know who and what we are. We just suspect it isn’t relevant. Or if it is, it won’t be for long in this ever-changing world where standing still is going backwards.

Having been a social observer for decades, I can say that while people have always felt unsung it’s never been this bad. Technological advances are making many feel things are whizzing by too fast for them to make a mark. We’re all replaceable. A brilliant web designer I know who works at $150 an hour is now competing for work with 18-year-olds in India who charge $20 an hour. “Cheaper, net savvier, younger!” is the catchcry and people fear for their jobs, or products. Even retailers and book publishers have become irrelevant in the cyber world, where convenience is king.

In order to feel relevant, people tweet and raise their voices on Facebook, but relevant for how long in these fickle times of ADD (attention digital disorder)? One blogger I know had 100,000 followers. Then he got sick for a few months and didn’t write. When he returned his devotees had gone elsewhere.

Then there’s ageing. A friend at only 40 feels the GIC because she’s been out of the workforce having kids. Five years ago her skills would have gotten her back in; now there are hot, cyber-savvy graduates in the wings. Meanwhile, normal events — divorce, kids leaving home, losing friends — can all weigh heavily on the already relevance-challenged soul.

Not to mention looking older. As a friend said: “The rich will not age because they have the money to stop time; the rest of us will look like old people. Who will be invisible and irrelevant then?”

The GIC is hard to take. But it’s not all bleak. We all feel it. So it’s not just you or me. It’s us, and we have to go that extra mile to make each other feel relevant. Please post comments to my blog each week so we can be heard and seen. I want this new column to be relevant to you.

Do you feel increasingly irrelevant? Share your thoughts to me here

Printed in The Australian

Nothing to Fear
Jealousy