By Ruth Ostrow on 1 April 2012 in All Posts, Weekend Magazine Columns 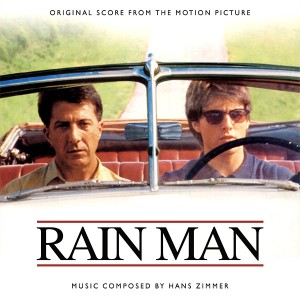 Most are just too fearful to go for what we deeply want: passion, adventure, the creative or crazy life. We say no to opportunities out of fear.

I’VE just done a scriptwriting seminar with visiting Hollywood writer Michael Hauge on how to construct character and plot. The interesting thing is that when it comes to looking at the main character’s motivation, it could have been a lecture on psychology.

A story is like ordinary life. You take a character and you give them something they desire. An external goal: getting the girl; getting away from the small town; getting the loot; leaving the bad marriage or job. And always an outer obstacle — the other man; the bank security guards; the boss. But the most interesting thing is what Hauge said about internal goals.

The character may not know it but, like us, they have an internal goal that is often different to the external one. For instance, on the surface a character seems to want the safety of a good marriage or a regular job at the firm. But in fact they are just too fearful to go for what they deeply want: passion, adventure, the creative or crazy life. They say no to opportunities out of fear.

The end of any good drama is that the internal goal becomes realised. This is typified in Titanic when Rose leaves the security of her conservative partner and runs off with the passionate character played by Leonardo DiCaprio, or in Michael Clayton when George Clooney’s character, internally yearning for a deeper connection with humanity, finally chooses right over financial gain.

Hauge follows a classic psychology line, which is that we all have a childhood wound. We then compensate for that wound by covering it up — growing an ‘‘identity’’ or the false self. The identity is who we become rather than who we would have been if we didn’t have the rumblings of: you’re not good enough; you’re stupid; you’re not lovable; it’s your fault — which make us protect ourselves.

In Rain Man, the Tom Cruise character who’d been estranged from his father since childhood becomes cold and ruthless as a coping mechanism. What he started off going after was the goal of money, as many successful people with similar wounds do. But what he really yearned internally for was love, which he finds by the end of the film through his brother, played by Dustin Hoffman.

What Hauge teaches is that when we don’t take the risk and do what we really yearn to do deep down, we are betraying our passion and our very essence. And we’ll be stuck forever in the compromise of our identity. Ultimately each of us can remain safe or break free: go on a hero’s journey — take a leap of faith and bring back the grail; kill the metaphorical dragon, overcome fear and stuttering, and start speaking our truth.

But, as in any good drama, the first step is making the choice.

4 Responses to Going for what you want