By Ruth Ostrow on 5 November 2011 in All Posts, Weekend Magazine Columns 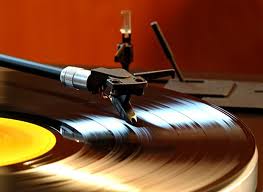 With iPod earphones strapped to their ears, kids today are missing out on musical riches of days gone by.

I GREW up surrounded by music. Tchaikovsky and Beethoven were playing for much of my early childhood. My father’s family came from Europe and brought with them an old record player and loads of classical records.

My house was filled with the sound of great operas and symphonies. I don’t think in those early years that I liked any of it, although I was fond of Rachmaninoff.

As I grew older the music became familiar to me, and familiarity burgeoned into love. Now I feel deeply satisfied that I was given the opportunity to appreciate the genius and beauty of many classical masterpieces and much more. My father was musical and sampled every type of sound imaginable.

I think of this often as I try to expose my daughter to many forms of music: classical, folk and world music, each coming with its own rich history.

I’ve tried valiantly to explain what the folk of the 1960s really meant; or about the evolution of the blues into soul, and soul into hip hop. But I don’t get anywhere. The trouble is that she wears headphones all the time and blasts herself with god knows what. A diet of bubblegum pop? Actually, I do like a great deal of her music. She has good taste, and I ask her to teach me about the latest mixes. But she never gets to hear my music. We don’t have an old gramophone; and if we did, she would block herself out.

Because of iPhones and iPods, she never has to live in an environment where songs that are not to her tastes are played. I was also into bubblegum pop at 16, but could not escape the lounge-room record player which Dad had on all day and night with his 60s songs of peace. Bob Dylan, Joan Baez and Peter, Paul and Mary were standard fare. But there was also jazz, or country and western, and hot diggity dog, who would ever believe I have grown to love country music for the sense of romance it has created.

Driving across America recently with the radio blaring, I found that the bluegrass and regional croonings brought me into a place and time I deeply understood. There we were, my boyfriend and I, bellowing out Me and Bobby McGee and Johnny Cash’s greatest hits, having the time of our lives.

I’m sad for the new generations who will never know what I know. You can’t recapture 20 years of exposure to things you didn’t like or want as you were growing up — but which then become yours. I cherish my musical background. And I just wish I could have passed on to my daughter what my father left to his children.
Share your thoughts. Please comment below

Teenagers and Party Drugs
How to deal with suffering

14 Responses to Kids and music