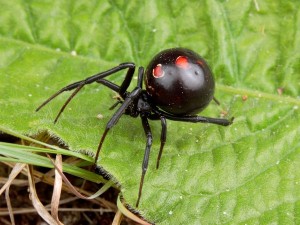 ‘‘Researchers from Brigham and Women’s Hospital analysed survey results and blood samples from 5243 women, ages 42 to 69, finding that intense phobic anxiety leads to faster biological ageing (and found) a link between anxiety and shorter telomeres, DNA- protein complexes on the ends of chromosomes that are thought to be the biological markers of ageing.’’

Driving for endless hours in January across Africa on a group safari, I decided to keep us all entertained by asking people to share their phobias.

We all had them. One man volunteered he had a phobia about going into underground places. Even walking to work under his local train tunnel made him tremble. His mother used to chastise him when he’d bury himself in the sand at the beach as a child, ‘‘You’ll be buried alive and suffocate’’, resulting in his terror.

One woman had a fear of wind, and when she heard it outside her house she’d go rigid.

One man had a phobia of cats. Whenever he’d see one, he’d struggle to breathe. Doctors thought it was allergy but it was later established that he suffered a phobia brought on by a neurotic mother who believed that cats sit on the faces of small children because they get jealous, and smother them. She would run out and grab him if a moggy crossed a distant road, even when he was seven.

Of course, there are germ phobias and blood phobias, also usually brought on by parents. ‘‘Don’t touch that or you’ll get sick…Wash your hands…Keep away from the edge  . . .Don’t talk to strangers.’’ Or the archetypal mother nag that I often hear coming out of my own mouth nowadays: ‘‘Be careful . . .’’

My parents have helped me develop at least three phobias — fear of sharks and deep water (my father); heights (my mother); and fear of taking lollies from strangers (everyone) — which will surely shorten my life span. But it seems that I’m guilty of damaging my daughter’s chromosomes, too. Here’s a new phobia for parents: fear of warning our kids too much. And the reality that we literally can nag them to death.

Show me the money
Virtual Non-Reality