By Ruth Ostrow on 25 August 2012 in All Posts, Weekend Magazine Columns 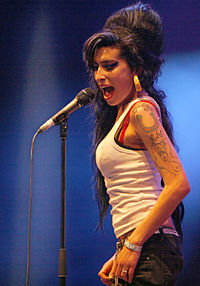 In recent times, we’ve seen so many drug and alcohol binges and deaths among the rich and famous, it’s fair to ask what’s going on.

In the wake of the deaths of Amy Winehouse, Whitney Houston and billionaire Eva Rausing come the ghostly photos of celebrity Macaulay Culkin — predicted to have only months to live — and photos of the sexy actress Brigitte Nielsen, former wife of Sly Stallone, lying like a bag lady, drunk in a park.

During my childhood, alcoholism and workaholism were the drugs of choice. The number of people I’ve met who grew up with an alcoholic parent is staggering. It’s just that the rich and famous provide a spotlight from above, reminding us that no one is immune from suffering, or from wanting to escape pain and live off ‘‘happiness hits’’ no matter how artificial or ephemeral.

And, more importantly, reminding us that nothing has changed, rather it is getting worse with the ‘screen’ being our new dopamine hit — the excitatory reward chemical released through addictive behaviour.

For some, addiction is a problem of faulty brain chemistry. But more often than not it’s a problem of the Soul, an inability to come to terms with what Buddhists call ‘‘the true nature of reality’’. Doctors treat the problem, not the cause. A leading cause in the West is the false expectation that happiness is our birthright; and that it lasts. And yet in a society so competitive and materialistic, it’s hard to feel blessed with what one has. Even at the highest levels there’s someone higher, richer, prettier, seemingly happier and always younger. There’s little acceptance beauty will fade; loved ones will leave or die; health will decline; Life will happen.

The only hope for any of us to really escape our societal malcontentment is to find meaning greater than self-gratification, and self-soothing through denial, to accept suffering is a normal part of the human condition, and that everything passes. Until then, the ghostly, anorexic faces of reality will stare at us from colour magazines and billboards as a reminder of the failure of our cherished Western ‘‘Happy Ever After’’ myth.

Plane rage
Getting over the Ex

3 Responses to The Happiness Addiction