By Ruth Ostrow on 24 December 2011 in All Posts, Weekend Magazine Columns 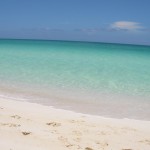 Call Centres are driving us all crazy

I WAS dealing with a call centre recently, trying to get something I had organised to be cancelled. The process was exhausting. Every time I called I had to stay on the line for at least a half hour because of the pre-Christmas backup.

And each time I called for a progress report I had to tell the story all over again to operators who pretended they were from the institution I was dealing with but quickly revealed their ignorance about some of the simplest questions I was asking.

“I’ll just ask my supervisor,” they would say while I waited another 15 minutes. Most were from overseas call centres and had no idea about the local situation I kept referring to. This is so common nowadays that most of us are used to it.

No longer do we have a bank manager, or insurance broker, or favourite customer service person at major companies – we’re put through to impersonal voices far, far away and can’t even ask for the same person for a follow-up.

Operators are limited to scripts, kept to strict chat times, and display humanity or (God forbid) empathy only in three-second grabs.

Because I’ve spent so much time in India and countries where call centres are located, I can often get the telephonist admitting where they’re based and chatting about local occurrences.

As I’m particularly interested in personal stories, this banter is meaningful to me. But most will not engage, and most pretend they are based in Australia when a quick comment on the weather will reveal the truth. So it was of great relief to me when trying to unravel this latest financial issues that – after a week of call centre rage – I kept getting the same woman.

I’d been running through my sad story again and again because the retelling was necessary to get my update. But as luck would have it, sheer luck, near the end I kept getting Anna. It was “needle in a haystack” good fortune, and we both laughed about it.

She became very warm and personable and although the news ended up being bad, the way she told me eased the pain. She was genuinely upset for me.

There’s something about relationship building that we all crave. We’ve been conditioned to forget how important the personal is. We need to connect, even when sorting bank problems or renewing car insurance. It’s that sense of connection that is meaningful. There’s no hope when it comes to call centres. But putting things in a larger context as we approach Christmas Eve – it’s good to remember that it’s through social interaction that we derive our greatest rewards.

What are your views?

Why and how we get scammed
Holiday Clues not Blues