By Ruth Ostrow on 26 December 2011 in All Posts, Weekend Magazine Columns 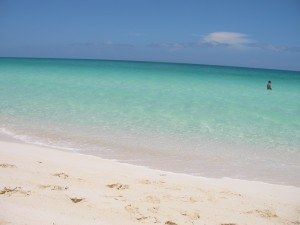 Three things you’ll really want to know about this holiday period like how to save your relationship.

I’m back! Here are the three column blogs I wrote during the break on how to avoid holiday blues.

31s December
How to avoid becoming an +++hole. this time of year

It’s that time of year where we all like to make New Year resolutions and atone for crimes big and small we’ve committed during the year. Well, at least I do. It’s a ritual I do each year instead of driving around to bad parties, caught in traffic and feeling unsatisfied. I sit down with those closest to me and write a list of all the things of significance that happened during the year; all the things I’m grateful for; and all the things I want to change.

In my contemplations often it occurs to me that I might not have acted kindly in a particular situation, which is why I found a recent article in Huffington Post so relevant.

It was a new year reflection by motivational psychologist and writer Heidi Grant Halvorson, Ph.D who was praising a book called “Good Boss Bad Boss” by Prof Robert Sutton: basically a book that points to some of the forces that turn otherwise decent human beings into rotten bosses.

Halvorson says: “These forces are often present in the lives of non-bosses as well — who among us hasn’t been a real jerk on occasion? The good news is that if you can identify the triggers of your unpleasant behaviour, and become aware of their influence on you, you too can effectively squelch your inner a++hole.”

Here are some of the triggers that turn perfectly nice people into “bossholes” taken from Sutton’s book and from friends I’ve talked to.

Most us become wretched when we don’t get enough sleep or our comforts are interfered with such as temperature; appetite; hormone levels; exercise or sex. The body needs a certain amount of comfort to think and behave rationally not because we are spoiled, rather as Eastern medicine teaches – homeostasis is crucial to preventing serious illness.

One of the triggers mentioned in Sutton’s book is my own weakness. I get cranky when I’m under performance or time pressure. When I’m trying to work to a deadline I hardly consider the needs of others. Road rage, queue rage or plain ol’ rage can ensue.

A big trigger for people I interviewed is loss of power or control. This makes most people panic, feel anxious and act badly.

My favourite of Sutton’s triggers is “a++hole infection”. We emulate the people around us and emotions are contagious. Anxiety, joy, cynicism, irritability, happiness rub off. So if we are surrounded by unpleasantness at work – or home – we’ll eventually catch it.

There you have a tiny taste of it! Eat and sleep well; take the stress and pressures off; and surround yourself with nice people. May all my readers have a peaceful and kind 2012. Thank you for your great letters, blogs and support.

7th January 2012
How to survive the holiday period without breaking up with your partner. Great tips from well-respected sex and relationships therapist Jo-Anne Baker

This time of year, the streets are rife with domestic strife. Couples are at odds over just about everything. Last holiday season I didn’t talk to my beloved for a three days. And he was delighted about it. The pressures of the Christmas-New Year period can upset even the happiest of couples. First we drove to Byron and got caught in flood traffic on the way home, crawling the whole way back; secondly we had to deal with each other’s families; and third was the shopping.

Just getting regular supplies nearly did us in, with bargain hunting crowds, heat, and parking problems intolerable at this time of year. We heard so many couples fighting in shops over so little. “John, we’re in the wrong queue! Those two are faster.” “Well you choose one then, you always know better.”

We did recover from our Chrissy spat and ended up stronger. But the key was fighting right. According to Sydney-based relationships expert and counsellor, Jo-Anne Baker, fighting can make our relationships even better than they would be if we sailed a peaceful ship but secretly felt full of unspoken resentments and passive aggression.

Baker says the first thing people need to be aware of is that “positive fights” can be a good chance to air grievances, which are not really about the colour of the couch we’re buying, or which queue will move faster, but rather power struggles and emotional insecurities.

One person feels the other always gets their own way; or that they do less of the work. Fighting is a way of re-establishing equality. It’s also a way to resolve fears we may harbour that we are unloved or unappreciated.

The fact that a partner forgets we hate suede could mean absent mindedness due to shopping fatigue rather than lack of care for our feelings. It’s okay to express insecurities, but the first rule of positive fighting is: Don’t blame or make the other person “wrong”.

Other tips according to Baker include “active listening” – repeating back what your partner is saying so they feel “heard”. She also says: Try to stay with the issue at hand rather than broaden the conflict. Especially avoid terms like “You always…” “You never…”

Try to dig deeper and contemplate what the real issue is behind the issue. Surely you can’t be that upset about your partner choosing this queue over another. Also, in classic conflict resolution people confirm what they do agree on before they move to the next stage of the disagreement, she says.

Circuit breakers are good, where the parties take a few moments out to calm down. And my golden rule: Always remember a big issue is just a small issue that wasn’t dealt with properly at the time.

Can you be too kind? Two books were released this past year with very scary titles “Cold Blooded Kindness”; and  “Pathological Altruism” suggest  you can literally kill someone with kindness.

How unkind. Recently psychologists have started to break down the Judeo-Christian ideal of “self sacrifice”, and the Buddhist notion of kindness, and turn them into a mental illness.

Two books by Barbara Oakley, an associate professor of engineering at Oakland University, have very scary titles “Cold Blooded Kindness”; and the more recent book she edited “Pathological Altruism”. In the books she takes heroic acts like donating a kidney to a total stranger and examines when such selfless behaviours become too extreme. She also looks at the idea of ‘killing with kindness’ and when “How can I be of help to you?” is taken to intrusive and even destructive levels.

My own research has shown that some people play The Martyr.  Such behaviour may be co-dependent and manipulative: “I need you to need me. I’ll become your emotional floaties and make you dependent on me by giving you everything you desire. Then you will never abandon me.”

Dr Oakley and her esteemed contributors argue that unhealthy selflessness can be seen in disorders such as anorexia, or people who stay with abusive partners. In an interview, Rachel Bachner-Melman, psychologist at Hadassah University Medical Centre, Jerusalem, who specializes in eating disorders says  she’s observed such patterns in anorexic women.

“They are terribly sensitive to the needs of those around them…They know who needs to be pushed in a wheelchair, who needs to be fed.” But she says they care for others to the point they believe they have no needs and yearn to become invisible.

Same with animal hoarders who try to rescue every animal to the point their homes and lives fall into such disarray that animals die of neglect.

While many corporate doyens are truly benevolent, in my experience as a former finance journalist, some high-flyers are Narcissists and use philanthropic endeavours to earn social praise and get their names in lights: It’s a chemical hit.

So does real kindness ever exist?

I’ve written about my experiences with nurses; the nurse who sat with me while my father was ill in hospital even after her shift ended. Is this pathological too? Seems not. Leading neuroscientists like U.S Prof Richard Davidson, working on the brains of Buddhist monks, have established that enlightened people just have more activity in their prefrontal cortex which governs empathy.

Empathy is a normal function of a highly-developed, emotionally-intelligent brain.

Experts say the problem is knowing when kindness is evidence of a superior brain or a sign of unwellness. But when it comes to the crunch, who cares? My own Buddhist teachings says “First do no harm”, my cultural heritage says “Do unto others…” When I encounter kind people I admire them whatever their motive. The rest I’ll leave to the shrinks.

Call Centre Blues
And how are you today?

4 Responses to Holiday Clues not Blues