By Ruth Ostrow on 29 April 2012 in All Posts, Weekend Magazine Columns 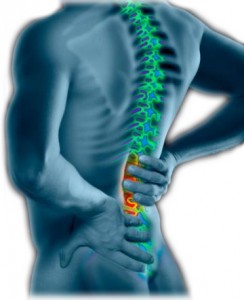 I MET a former doctor last year through a friend of a friend who was giving me some information on the pain in my shoulder. Mysteriously, some people develop an awful condition called frozen shoulder. It can come at any age and hit anyone: the capsule around the shoulder joint contracts, making it excruciating to move or sleep on. The dreaded frozen shoulder can last one to two years, with no known cure other than surgery — which I elected not to have.

Knowing the man’s history, I didn’t think he’d have much sympathy. He’s an adventurer and a risk-taker. He jumps from planes, abseils down the steepest cliffs, goes trekking in jungles and sailing down remote rivers. It’s hard to whine to a person who you just know would suck snake venom out of their own leg and keep going.

I was right. He was most unsympathetic: ‘‘You’ll be OK. It’s our attitude to pain, not the pain itself that stops us. Just take a painkiller when you need it.’’ Because I was tired from not sleeping, I snapped back. ‘‘I’m not you. I haven’t got an athlete’s body. You’d be back in action in a few months. I can’t stand a year of chronic pain.’’

He laughed. ‘‘Actually, I’ve suffered chronic pain every day since I was a young man. I have a degenerative condition that makes my body ache constantly. I’m supposed to be in a wheelchair. I’m supposed to be on strong painkillers and to avoid doing anything that will exacerbate the condition.

‘‘I know the pain is there. But I ignore it, Ruth. I treat it like a crying child. I talk softly to my body and acknowledge how much pain it’s in, and then I get on with doing what I want to do.’’

I remember a similar story from a woman I met in yoga who’d been in a severe car accident that had crushed her spine. She was made of metal and doomed to a wheelchair. Within 10 years of her major operation she was supposed to be hunched over and paralysed. When I met her at the 20-year mark, she was doing handstands and back-bends and was an advanced practitioner despite the agony of her daily life.

Inspired by these stories, I decided to ignore the pain and get on with my life. I went back to yoga and started lifting movie cameras and shopping bags again despite the nagging pain and limited movement. I focused on unpacking the shopping or getting the camera angle right, and life returned to normal.

We all suffer pain. But the doctor is right. It doesn’t have to be a licence to give up living well.