By Ruth Ostrow on 13 May 2012 in All Posts, Weekend Magazine Columns 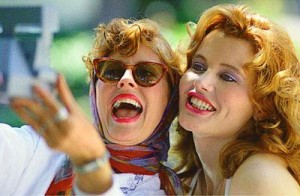 Without boundaries and truth, our friendships are doomed

A WOMAN I work with was bemoaning the loss of a friendship so late in her life. At 56, she said, she honestly didn’t think it was possible to lose a 40-year friendship. ‘‘We’d been at school together, reared each other’s kids, shared our lives, lived abroad together. But suddenly it was over.’’

I asked her what she thought had ended it. ‘‘It was me. It was my fault the friendship ended.’’ She then went on to explain what is one of the most common phenomenon in friendships: the ‘‘not speaking out until its too late’’ syndrome. Sadly, it’s happened to so many of us. We sit on resentment, and sit on it, and sit on it, not knowing how to confront the person who is upsetting or offending us.

Then one day there’s a major explosion. We lose it after years or decades of keeping it in. A massive crater is then left where the friendship once was. ‘‘I don’t know if it’s because I’m a woman or whether men (also) experience this. But I just never wanted to confront my old friend on the things she was doing that were pissing me off. I was too scared,’’ she said.

‘‘I was always the one to instigate things, she just used to sit at home and pick and choose. She might come or might not, but I never got an invitation to her social events in return. It was really upsetting. But did I say something? No.

I just used to mope around like a victim. I’d winge to my other friends, but not her. I think once you let one upsetting incident go undealt with, then that friend just starts presuming you’ll tolerate unacceptable or unkind behaviour.’’

She went on to describe snide remarks that became more and more critical. ‘‘I would always wonder whether she meant it or not. Of course there were great times, too, which is why I stayed. But there were a thousand times I should have drawn a boundary. I just never did.’’

The fact is, we must set boundaries with our friendships. We must speak up about the things that are driving us crazy or hurting us. We have to have the courage to sit down over coffee or a drink and say: ‘‘This isn’t OK with me.’’ Or, ‘‘Are you aware you keep making critical and demeaning comments to me? Why are you doing that?’’ We need to make our friends, and ourselves, accountable. Sometimes it is our fault — and we need to hear this, too.

The irony is that confronting a friend will most likely save the relationship. It’s the not confronting that’s the killer. As the saying goes: ‘‘A big problem is just a small one not dealt with at the time.’’