By Ruth Ostrow on 21 October 2011 in All Posts, Weekend Magazine Columns 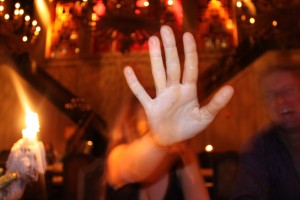 There’s been a lot of admissions of lying in the paper these past week. Is it ever OK to lie?

Olympic swimmer Kenrick Monk, recently broke down crying and admitted he invented a story about being hit by a P-plate driver as he rode his bike to training. Monk, who is 23, faced the media to confess to having made up the elaborate hit-and-run story to hide the fact he hurt himself when he fell from his skateboard.

‘‘I didn’t know what to do. I panicked, I freaked,’’ he said, tearfully explaining that he couldn’t tell the truth because he’d fallen off ‘‘something that a 10-year- old can ride’’. With the Olympic trials coming up in March, he had been too embarrassed to admit he suffered two broken bones in his elbow from such a stupid and irresponsible accident.

‘‘I lied,’’ say the spate of cheating men and women caught with their pants down each week. ‘‘I lied because I was scared, fearful, depressed, anxious, I had a sore tooth, a gammy foot. I lied to save you from having hurt feelings. I lied because it was in my best interests, wasn’t it, and if I didn’t you would have been angry at me. I lied and I will lie again. Everyone does it all the time, so why not me?’’

I know people who start telling porkies from the moment they open their eyes each day — compulsive liars such as the ex who drove me all the way to his fabulous country estate and then realised we couldn’t go in because he’d ‘‘accidentally’’ left his key in Sydney. We sat in someone else’s garden having a picnic lunch while he regaled me with stories of his make-believe youth.

My favourite is ‘‘lying by omission’’. As spoken by many:

So many different ways to drum up porkies, pinkies, exaggerations, white fluffy lies, and the infamous black hole of omission. A veritable lolly shop of deception. Monk’s excuse was he didn’t mean it to go so far. ‘‘It just kept snowballing and snowballing . . .’’ The more lies he told, the more lies he had to tell.

The good thing about becoming an older person is that you are forced to stop lying. Not because you develop morals, but because, unlike a young person such as Monk, it’s impossible to remember where you put your car keys, let alone the details of a ‘‘snowballing’’ story. Like skateboarding, lying is for the young.

Tell me your stories. What’s the worst lie you’ve ever told or been told. Is it ever okay to lie?