By Ruth Ostrow on 14 October 2011 in All Posts, Weekend Magazine Columns 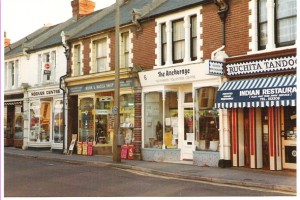 To what extent does having a positive disposition change your Fate?

I SAW a local store owner, whom I shall call ‘‘Sam’’, in the street recently. His shop seems empty a lot of the time. I politely asked how he was going and was met with an angry tirade about how no one comes in any more because X down the road had stolen all his customers away by offering uncompetitive prices.

‘‘Customers! You customers expect this and that. Everyone wants a discount. I haven’t had a holiday in ages. My supplier has upped his costs; I have rent to pay; I have kids to feed,’’ he raved as I stood there blinking.

I remember the last time I went into his shop. The chewing gum I bought was stale. I brought it back to the counter. He looked at the use-by date and said: ‘‘There’s nothing wrong with it’’, and handed it back.

A few months earlier he’d declined my boyfriend’s request to exchange an unopened DVD for a rewritable one. ‘‘We don’t do that,’’ he said.

I waited. I knew there’d be more things and people to blame for his predicament. And there were: the economy; the government; taxes; his landlord; even his wife, who was supposed to be helping but hadn’t come in recently — she was at fault, too. The reason for this story is my open question to the Sams of the world: What comes first, the chicken or the egg?

Some people are just perpetual victims or, rather, they see themselves as always being the victim, not the creator, of their destiny. There’s not a shop owner I know who isn’t suffering, with the bumpy economy and the threat of another global downturn: dress shops, a milk bar, a newsagency — all run by acquaintances with kids to feed, all paying rent.

It’s true. The competitor close to Sam’s is doing OK. The prices are not cheaper, but there’s a general feeling of goodwill and generosity. The owner is a migrant. He loves Australia and is joyful to be here, even after two decades, and always comments on how wonderful the weather is. He remembers people’s names. He commented the other day that I looked tired. I was grateful someone had noticed. Then he gave me a bunch of flowers from his bucket.

There are victims everywhere. People with endless excuses. It never occurred to Sam that customers might just be tired of his angry face. Unlucky stuff happens, but there’s always a way of redressing it if you don’t see yourself as hard done by, or powerless.
My mum says luck is about disposition. Lucky people are the ones who make positive things happen — even in the face of adversity.

Share your thoughts on people who are always full of excuses and complaints.